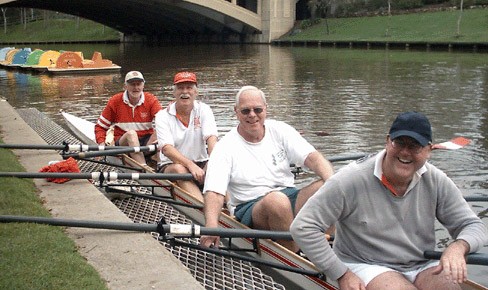 Although the exact origin of the TOMs – the moment of conception, so to speak – is lost in the mists of time, enough can be recalled to provide a fairly accurate account.

First and last the TOMs was the brainchild and personal hobby-horse of Jack Bollen, legendary rower and coach for Torrens and the state of South Australia. In his long time at Torrens, Jack held just about every office in the Club up to and including that of President.

Probably in the late 1960s or early ’70s, Jack Bollen, no longer competing or coaching actively, together with a few other club stalwarts, met for a paddle on the Torrens each Sunday morning, followed by a few drinks around the club room table. Names that come to mind from those early times are Frank Lodge, Doug Sanders, Godfathers 1 and 2 (a.k.a. Pio and Remo Morelli), Ray Carter and Vin Bacciarelli. One remembers that this was decades before the modern-day concept of masters’ rowing, although there was a rather indolent Union of Old Oarsmen in existence at the time.

This nucleus of Torrens old boys gradually accumulated other ex-rowers looking in some way to continue in the sport, until a TOMs eight would be seen on the water most Sunday mornings. From time to time, the growing number of TOMs with their wives would hold fund raising barbeques in various members’ gardens. Food with drinks around Remo and Maureen Morelli’s swimming pool were especially favoured. Each year, permanent TOMs’ spokesman Bollen after a suitable, if lengthy, speech would present the Club’s administration with a donation as a result of the TOMs’ efforts.

Jack’s tragic death reduced the impetus behind the TOMs and the advent of the competition oriented and popular masters’ rowing did not help. Over the years numbers gradually declined, however, continuity of the TOMS’ concept has been ensured in recent times thanks to the tireless efforts of Grantley Baldwin. 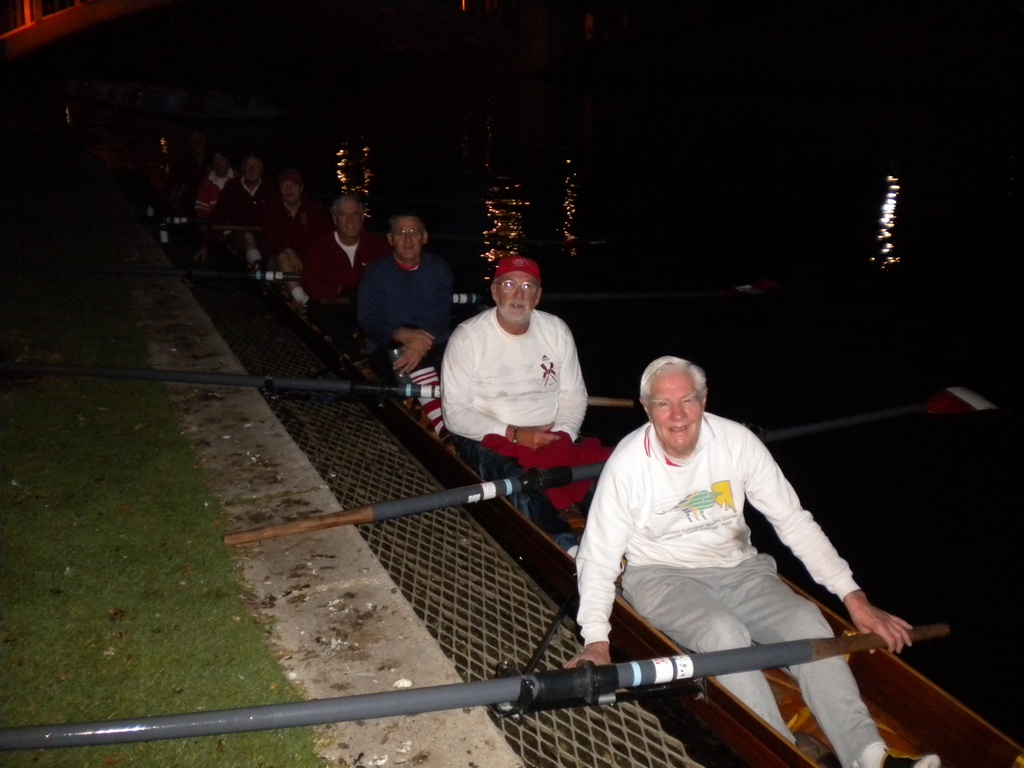 Each Wednesday morning before business hours, a group of the TOMs older members, ranging in age from their early 50’s through to over 80, put an eight on the water for a “few weirs”. A smaller group often still rows on Sunday mornings, most often out of out our West Lakes’ shed. In the TOMs’ tradition, this expanding (in all senses of the word!) group, from time to time, also assists the Club financially with various projects.

One cannot but think that Jack Bollen and his old comrades would be more than pleased to see the TOMs in its latest guise, continuing to add another dimension to the life of the Torrens Rowing Club.

Thanks to Bryan Draper for this article